Our client was recently approached to purchase an important competitor. This purchase would allow our client to increase his market share while rationalizing an industry suffering from overcapacity. The competitor, however, was experiencing serious financial difficulties. Nevertheless our client saw value in making an offer that would allow the vendor to continue operating successfully through an integration period. Our client also wished to minimize the vendor shareholders’ losses as the individuals would prove valuable to the combined operations.

The target company’s profile was as follows:

The target company’s balance sheet at the time was as follows: 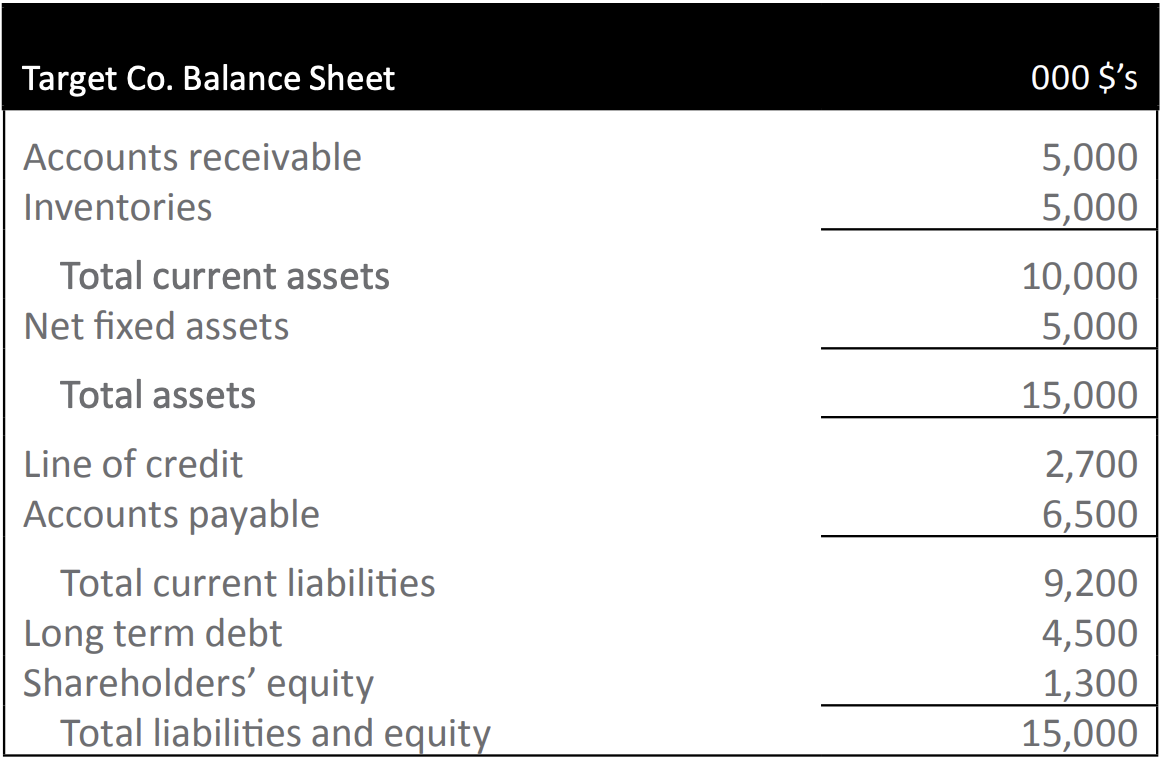 Before the appreciation of the Canadian dollar, the interest-bearing debt represented less than 3 times EBITDA, which, although high, was not an overly aggressive leverage in normal conditions. With dollar parity however, the company’s loans were now in excess of 8 times EBITDA. This presented two major problems:

The target company’s shareholders considered numerous scenarios before putting the company up for sale, however most were ultimately too costly to be practical.

The Alternative – the CCAA

Despite the situation, our client was determined to find a solution and proceeded with the potential acquisition analysis including a preliminary due diligence.

It became evident that given the debt level, no one could justify putting up enough cash to satisfy all of the creditors and continue the operations. A restructuring approach appeared to be the only obvious alternative. Cafa suggested the use of the provisions available under the Companies’ Creditors Arrangement Act (CCAA) to purchase the current assets, fixed assets and order book in order to gain the support of all stakeholders.

Cafa negotiated an asset purchase under a prearranged “bought deal” to be done subsequent to a filing under the CCAA. The offer was negotiated conditional on the court’s approval of the sale but not conditional upon the acceptance by the creditors of the CCAA restructuring plan.

Cafa recommended purchasing the trade receivables and inventories at a discount, and the fixed assets and order book for the balance outstanding under the existing long term debt. This structure generated sufficient cash surplus to cover transaction costs, the cost of closing one of the two manufacturing facilities and left just enough cash to the unsecured creditors for the company to continue its operations.

Having purchased the receivables and inventories for less than face value, and seeing as how the company continued to operate, our client was able to realize a gain on their realization. This cash was used to finance integration costs and some minor improvements.

For their part, the selling shareholders were released from their personal guarantees and were thus able to keep their real estate with a new long term lease; they were also offered a long term employment agreement.

Conclusion: Is everyone satisfied?

There are several benefits for a buyer to pursue this method:

From the shareholders’ point of view, although their investment is lost:

From the creditors’ point of view:

Subscribe to our newsletters to stay on top of industry news, develop your knowledge and receive relevant, real-time advice.